Every year, in the Resource Lab, I teach the students “how” they’re smart with the Multiple Intelligence Survey. I then give them several surveys and questionnaires. I will post a link late to the worksheets I created.

Early in the school year I was out on sick leave. I thought about my reason for being on  leave- stress! The problem was that I didn’t ask for help. I thought that my students could possibly be experiencing the same thing. That’s when I got the idea to give my students an outlet to express their feelings before they go crazy.

We established some Vegas rules!

Here’s a picture of the talking stick I bought. A leader is chosen the week before, while the topic is decided the day of.  I had three “enforcers”  who keep the students quiet and get them to participate. It worked out well because the students were able to let off some steam and have fun at the same time. This is something I’ll be doing from years to come. I’ll keep you updated!

Without fail, whenever I am on a high from something wonderful, something happens immediately afterwards to knock me down a peg or two. Just when I think that I have this teaching thing in a bag and I’m not on the fence anymore about wanting to quit, I will have an unusually bad day. This happened a couple of months ago with two students who I’ll call Jean Luc & Chet.

It was a regular Friday morning with my 2nd period, which I classify as my easy class since I only have seven students. Per usual, I broke the class into three groups, with two groups having two students (10th), and one group having three students (9th). I was super excited because I prepared a Shakespeare lesson for the ninth graders who are reading Romeo & Juliet. I was going to have them watch a video on TEDx Talk with MC Lars, a Stanford educated rapper who produces comical edutainment videos while rapping about Shakespearean lyrics, Edgar Allan Poe, and other literary topics.

The first video is entitled “The hip-hop of Shakespeare” (click here for video). The second video (my favorite) is, “Flow Like Poe!”(click here for video). In the video, he explains iambic pentameter, a trochee, and a host of other Shakespearean terms. The video is seriously goofy, but contains so much useful information. When I put it on, my students usually half-heartedly groan when I put it on the first time, but after I’ve played it and they “get” iambic pentameter, they usually request it.

I wrote/said that to say that, instead of the usual groaning, I got complaints that were above and beyond; they were actually mean. They were doing extras, as the kids say. I have to explain that one student has to something to say about everything; I mean everything. I don’t like his constant complaining, but I’m used to it. However, on Friday, I was not patient with him.

I feel really bad because I was trying to be patient with Chet because he’s recently had a personal tragedy, but I am at my wits end. I have tried everything that I know and he’s taking advantage of my kindness at this point.

As for Jean Luc, I called his parents and gave him Reflection Hour (detention).

I was so exhausted that I went home and went to bed at 7 p.m. I kept trying to get up to do some work, but I was absolutely exhausted.

The next day, I didn’t have a lot of time and patience to handle the situation again today with the same students.

But, through it all, I had to remind myself that it was a bad day and not a bad career.

So many times as I’ve been about to embark on a great journey, it’s been started by a quote. Well, this quote by Pablo Picasso is no different. Here’s the quote: Every act of creation is first an act of destruction.”

This is so apropos because I feel like my life has been torn down and is currently in the process of being restructured and rebuilt. I’m on medical leave from work and don’t know what my next steps are. I thought by this time in my life that I’d know for sure what path I’d like to take. Wrong! 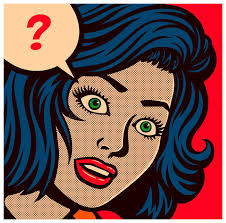 ←I feel like this lady right here. I know that something good is on the horizon because my career is in shambles. I’ve been trying to get my resume together but just can’t seem to get it together. I tell ya’, one of these years I’m going to get it together!

There came a time when the risk to remain tight in the bud was more painful than the risk it took to blossom.    ~Anaïs Nin~

I’m not altogether sure if I wrote something about this before since this isn’t the first time I’ve come across this quote. Now, I just felt like I had to write something. For the longest time I’ve been wrapped tightly in a bud. Now, I am blossoming. I am becoming the ME I’ve always been meant to be.

This work is licensed under a Creative Commons Attribution-NoDerivs 3.0 Unported License.